Growing up within a freeway’s crawl of Los Angeles, my “3 R’s” were reading, writing and … show business. For me, it wasn’t the romance — tour a Hollywood backlot and you discover how much is make believe. I was always interested in finding out how the magic was made. Today, whatever project I’m on, I’m still looking beyond the facades.

Mystery Scene, Spring 2022
Like governments, political thrillers come in all forms. Some anticipate true history, others bank on it. Many reflect contemporary anxieties.

Celebs Show Their Claws & Get Catty for Halloween  ~ Articles

Hollywood Outtakes, October 30, 2021
Cuz we luv Yesteryear’s Hollywood, and cuz we’re an unapologetic cat lady, we thought we’d give a nod to the holiday by sharing a treat bag of celebs who dared to show their strong “felines” about Halloween. (Ouch!)

Mystery Scene, Winter 2020
In the world of crime fiction, the name James M. Cain is as ubiquitous as the crisp pop-pop-pop of gunfire and the discovery of a dead body in the opening chapter of a crime novel.

Cain’s writings about rough-edged men, women who are craftier than they appear, and themes like adultery, blackmail and murder, made him the go-to guy for thirties-era fans of the un-put-downable quick-read. He also became known for hot-to-the-touch topics: at a time when few others would dare, Cain didn’t hesitate to write about incest and homosexuality.

But it isn’t easy to compile a dossier on James M. Cain. He defies encapsulation.

An essay — March 19, 2020
As the world grapples with the reality of the coronavirus pandemic there’s been considerable attention paid to fictional storylines. The now familiar roll call includes films like “Outbreak” (1995), starring Dustin Hoffman and an escaped monkey, and Steven Soderbergh’s “Contagion” (2011) and books by Dean Koontz, Stephen King and Michael Crichton (who had a day job as a doctor). But let’s not forget the granddaddy of the contemporary genre: the novel “Earth Abides.” Published in 1949 – in the shadow of George Orwell’s masterwork “Nineteen Eighty-Four” – “Earth Abides” asked the unsettling question, “what if…” in the devastating wake of a global killer virus.

Mystery Scene, Spring 2020
Quaint villages shadowed by secrets. A roster of eccentrics. Murders most bizarre. Not to mention all those teapots and taverns. During its 20-plus years on TV, “Midsomer Murders” has quietly staked out its own territory – think of it as Agatha Christie with a dash of “Twin Peaks” – and in doing so, it has quietly become a genre classic. Circumventing casting changes and controversy, the popular British series has attracted viewers the world over – in some 200 countries to date. Not bad for a contemporary crime drama about cops without guns. (Unlike US police officers, the majority of UK police do not carry them.) Inspired by the Inspector Barnaby books by Caroline Graham, the series is set in fictional Midsomer County, where veteran Detective Chief Investigator John Barnaby – who took over when his cousin, Tom Barnaby, retired – probes mysterious deaths that occur in the county’s quirky, picturesque villages.

A sampling of work product — newspapers, magazines, books — and TV too!

The byline “Pat H. Broeske” has appeared on stories as disparate as an examination of Jim Morrison’s poetry and the ABCs of cataloguing a major archaeological collection. But it’s as a veteran chronicler of Hollywood that Broeske is best known, covering everything from popular trends to the actual business of “the Business.”

Fascinated by the convergence of “Hollywood & Crime,” Broeske is an experienced producer/writer/consultant for reality docu-drama who has conducted interviews from behind prison bars and in the back seats of squad cars. TV credits include truTV’s “Anatomy of Crime“ and “Video Justice” for Langley Productions (of “COPS” fame).

Two best-selling biographies, Howard Hughes: The Untold Story (Dutton) and Down at the End of Lonely Street: The Life and Death of Elvis Presley (Dutton) — co-authored with Peter Harry Brown — enjoyed major serializations, and both audio and foreign language editions. Writing … pssst … under her pseudonym of “Katharine Cummings,” Broeske examined the life of Elvis’s daughter in Sex, Drugs & Rock ‘n’ Roll: The Lisa Marie Presley Story (AMI Books). She has also served as a paid consultant for university press publishers.

For many years a UCLA Extension Writers’ Program instructor, she currently teaches non-fiction writing and film as literature for Saddleback College Emeritus Institute.

A native Southern Californian, Pat H. Broeske makes her home in Orange County with architect-husband James Broeske and a menagerie of rescue cats and dogs. She is a lifelong mystery buff, serving on the board of Orange County Sisters in Crime, and is a member of Mystery Writers of America. 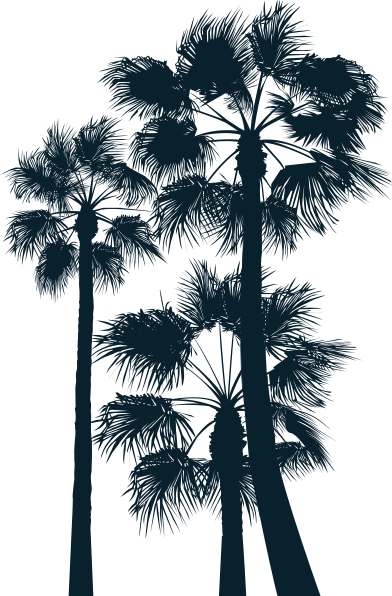 I’m pleased to be making my debut as the non-fiction columnist for Mystery Scene magazine in the upcoming Fall issue – this after the retirement of much-respected longtime columnist Jon L. Breen. In my first column I cover a trio of new titles about genre royalty Agatha Christie and Sherlock Holmes, and examine a true crime entry about the classic Leopold & Loeb case.

I’ve been busy on the fiction front, too. My short story “The Fast and the Furriest,” about a Hollywood fixer, was reprinted in June’s Black Cat Weekly # 41 – which I think is apt, as I’m an unapologetic Cat Lady. The piece first appeared in the pages of Ellery Queen Mystery Magazine. You can order a copy here: https://www.fantasticfiction.com/l/frank-belknap-long/black-cat-weekly-41.htm